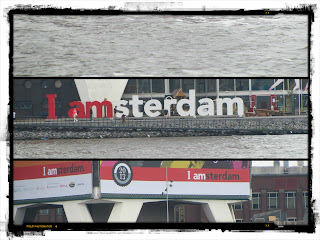 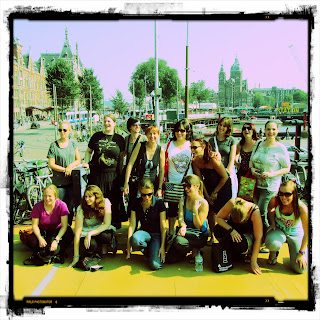 Like last year there was a slam swapper meeting this year again. :)


This time it was in Amsterdam. The meeting was just "great". We arrived there on Friday midday, where we met everyone at the hostel. Well, due to some transport problems we were the last again, but hey, that always happen when Volker drives somewhere with me. ;) Volker and I stayed on a camping site out of the central city. The first day we walked around the canals and saw the red light district. And in the evening we went to a sushi bar (sadly I couldn't eat there because of my histamin intolerance). And after the dinner we made a little geocaching tour with the teams Gyldenale and i-t. :D And after around 2 hours we finally found a cache. I couldn't believe that there aren't many caches in Amsterdam. 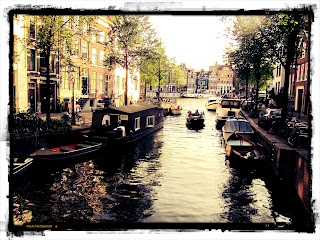 The other day we met at the boat tour. We drove with a boat through the canals which was really interesting (well, before the meeting I didn't know any famous buildings or sightseeing of Amsterdam except the coffee shops). After that we made some pics at the "I amsterdam" sign which is harder to make when you are a group. ;) And the rest of the afternoon we spent in the park sunbathing and signing slams. The guys got little mad so they went geocaching again. ;) And the dinner we took at the Hard Rock Cafe (which isn't very friendly to big groups, also if they reserved the table). And as it is hard to find a good place for 25 people in Amsterdam we let the day end in the hostels bar. :D 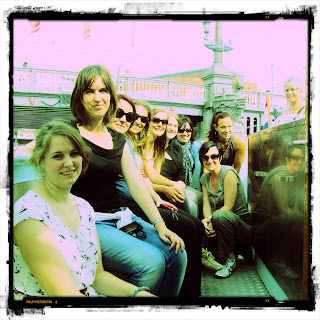 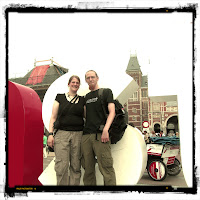 I can say I totally liked this weekend, also if I didn't like Amsterdam a lot (it's now at the end of big cities and replaced Paris). But maybe I should visit the city in autumn when there are not that many people around. Too much traffic, too many people.. But it was great to see the girls again (thank you for the weekend!!!) and I'm still sorry for my BAD English.. :( Writing is much more easier then talking. Next time in Vienna I'll do my best. ;)

Weekend in the North 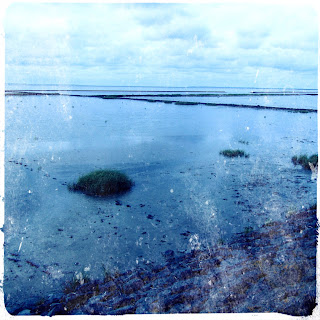 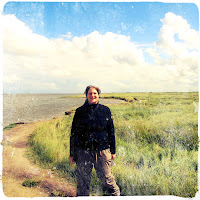 This last weekend we spent a weekend in the North, exactly in East Frisia. We visited some friends which we also introduced into geocaching. Before we arrived there we already found our first mystery in their hometown. ;) The next day we drove to an interesting Earth cache "Salt marsh" and we tried to find some caches in Norddeich. Some were easier to find as we already had such caches here in the region. 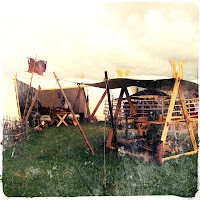 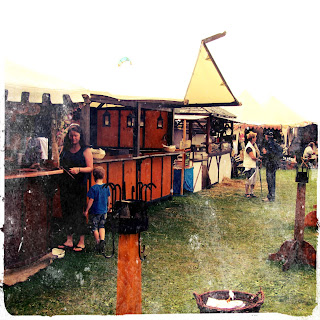 We also visited a Viking market. Sadly it was too windy to wear our medieval clothes. The market was close to the sea, so it was a really nice atmosphere. :D We had some really nice mead there. Well, the owner of stall gave us more and more. ;) We only wanted to taste the honey whisky, but at the end we had tried many other honey drinks, too. Normal mead, lavendel mead, cherry mead ;) 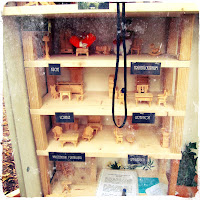 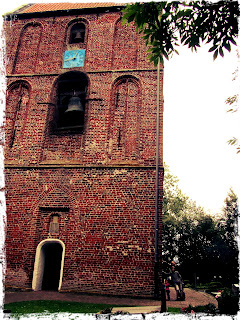 The next day we drove back home. But before we made a last stop at the most leaning tower of the world. Yes, it is in East Frisia. :D And between Emden and Delmenhorst we looked for a TB Hotel. Sadly there was no inhabitant in it, but this TB Hotel was just great. I guess the owner had put a lot of work in it.

Today I forgot to make pictures, but I finally found my first FTFs. I can say I found three FTFs. They were published by a friend of me and it was here in the forest. When I found my first one, our neighbor arrived there, too. She gave me her GPS yesterday as ours is broken again. :( She wanted to make her first FTF, too. But I was little bit faster.

Today we went geocaching again. It is the 4th day in a row, not our longest row, but it'll one day. There is this 31 days of geocaching. You can get a souvenir on every day in August that you go geocaching. Today we wanted to look for a mystery that I already solved a few months ago. It is part of 5 other caches. So we drove there today during this hot weather (today it already felt cold as it was under 30°C). But then we stood in a little forest and were looking around. The hint said "above" and terrain 1,5, so it wouldn't be too hard. We were just before to drive back home, when Volker said, look is it this. We've never thought of anything like this. So this was a surprise and we solved it (as there was so much wood lying around). 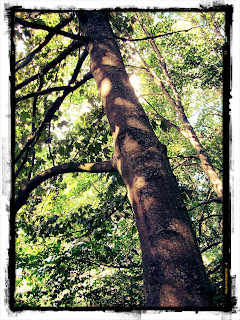 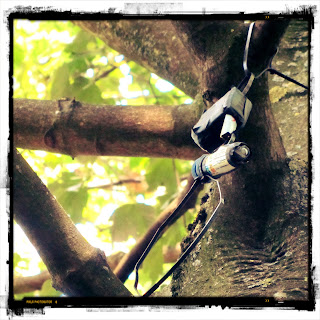 Close to the cache, was another one. Well, it was a nice idea, if the logbook wouldn't have fell directly in our hands. Normally you had look in all those little boxes to look for the logbook. But when we opened it, the logbook fell into our hands as the little box wasn't put together. :( But it was still fun to see it. :D 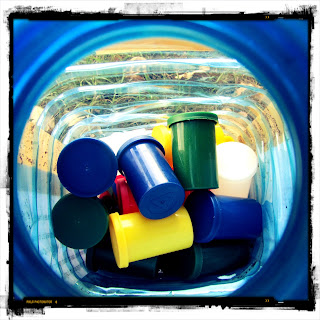 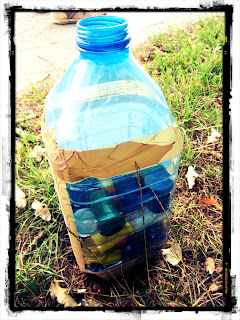 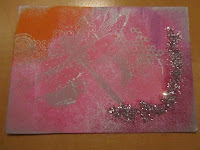 Yesterday during the heat I managed to make some more ATCs, but guess the heat didn't make me very creative. What do you think? If you want to have any of the ATCs feel free to join my group and the swaps there. :) Hopefully I can try out some other techniques these days.
But we don't want to forget our geocaching challenge. I'm trying the 31 days of geocaching and already found 2/31. Today number 3 will follow but haven't decided for a cache yet. 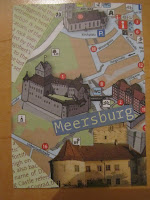 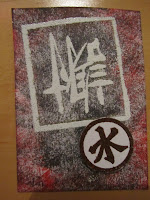 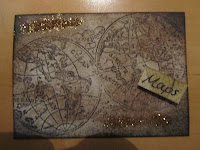 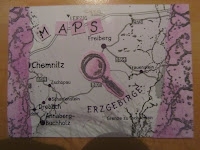 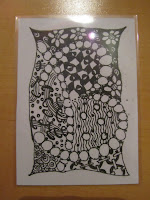